Going through the transition phase during a rebranding is not easy. Especially when you helped to build the original brand. But embracing something new does not mean, that you have to let go completely of your company culture and everything that you feel connected to. Just look at Slovenia and their rebranding story for some valuable first-hand experience.

When we first heard of the upcoming rebranding, we thought to ourselves, “How could we replace a brand we spent 18 years building?” How are we supposed to launch something new on the market and erase everything we worked so hard for.

We had mixed emotions, but after some time we realized that people’s perception is constantly changing, as are we, and why shouldn’t our brand change as well?
When we stepped on this path and began creating our new story, we soon noticed that our brand has always represented us, the people. We removed the circles, but added much more.

We saw it as an opportunity. An opportunity for improvement, for a fresh take on the market, and, last but not least, for us as well. And so we began. We drew up a list of all the activities and changes that had been laid out in front of us for the next seven months. And we added something every day. When a brand reaches the highest mountain in Slovenia, it seems that it is impossible to actually put all the required changes in place in such a short time.

But we did it! Countless working hours and sleepless nights, the exceptional dedication of all of us, and a lot of motivation brought us to the point where we could say: “We did it! A1 is here.”

And that moment when you walk down the street and see a giant billboard with the A1 logo and the slogan “The start of something amazing” … We felt like we truly launched into something new. A1 became our baby, and we felt it was our responsibility to introduce it to the market in the best possible way.

And perhaps this change seemed simple to some, and there were those who said, “you’ll only be changing logos”, but numbers speak for themselves. 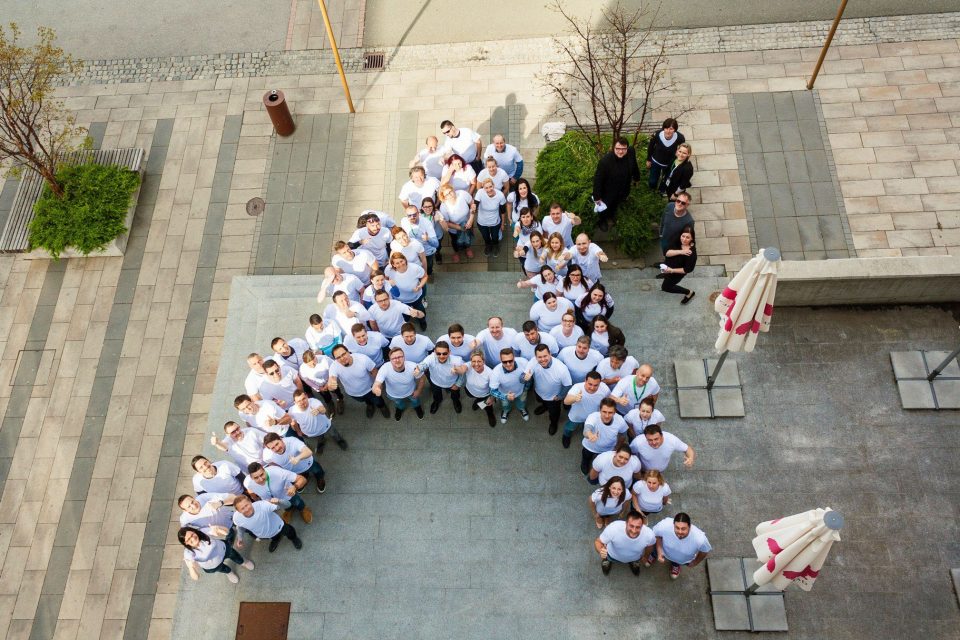 All of this and countless other details were completed by a team of just 100 people.

And just as a fun fact:

At the end all of us, the employees, make the brand unique and we are the only ones responsible for the success of our new brand. We created it together, and we are proud of that.
We are glad, because now we know that this is just the start of something amazing …

And how did the rebranding happen through the eyes of our colleagues?